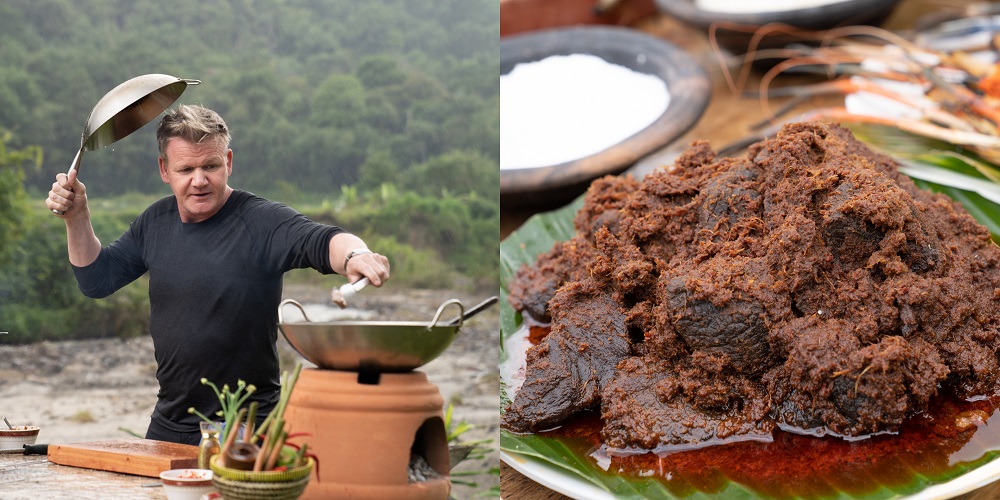 PETALING JAYA, June 4 — World-renowned chef Gordon Ramsay may have 16 Michelin stars under his belt but that doesn’t mean he’s ready to stop learning.

In the second season of National Geographic’s Gordon Ramsay: Uncharted, the UK food legend embarks on a culinary expedition around the globe to study traditional cuisine with the help of local experts.

He travelled to the countryside of West Sumatra, Indonesia in late January this year to master rendang, a dish characterised by tender, caramelised beef infused with aromatic spices.

The top chef was grateful to be mentored by none other than William Wongso, an Indonesian food legend who wasted no time in schooling Ramsay about the country’s cuisine.

“I knew I was going to get my a**e kicked by William Wongso. He’s 73 and he’s been cooking for six decades.

“Uncharted for me was all about going back to learning. It’s everything I’ve always wanted when it comes to understanding a different culture,” said Ramsay when met by journalists on set in Bukittinggi in January.

With Wongso looking over his shoulder, the pressure is on for Ramsay to get his rendang right. — Picture courtesy of National Geographic

Members of the media got a chance to see both chefs in action during a trip by National Geographic in January.

Ramsay, who grew up in Stratford-upon-Avon, United Kingdom added that it was important for him to go to Indonesia in person to learn what goes into making the perfect rendang.

“Indonesian cuisine sometimes gets lost in translation and until you actually come here, you don’t understand how individual it is.

“There are over 200 variations of rendang and there are different versions even here in West Sumatra.

“We don’t have dishes like that in the UK. We have a Lancashire hotpot up north but we don’t have 20 versions of it.”

In each Uncharted episode, Ramsay participates in culinary customs in the places he visits and learns about the complexities behind the delicacies and flavours that make up the local palate.

During his time in Indonesia, Ramsay also got to experience the thrill of taking part in a West Sumatran bull race in a flooded paddy field and even explored a bat-infested cave while searching for giant prawns.

During his globetrotting journeys, Ramsay said it was critical for him to do justice to the recipes he picks up along the way.

“I put myself under pressure in every country that we go to.

“It’s not about beating the chefs you learn from, it’s about trying to match them.

“When you get to a stage of success with one, two, three Michelin stars, a lot of people stop learning. I am adamant that I need to continue learning.”

Ramsay visited an Indonesian wet market to learn how to make rendang paste from a local trader. — Picture courtesy of National Geographic

On working with Ramsay, Wongso was pleasantly surprised that the British food icon did not turn out to be the hot-tempered chef he saw on TV shows like Hell’s Kitchen and The F Word.

“Before I met him, I thought of him as a chef from hell.

“But that’s not true, that’s just his personality on certain TV programmes.

“He is very spontaneous, lovable, and enthusiastic to learn.

“I think this is the first time a Western chef learned how to cook West Sumatran style rendang in the proper way,” said Wongso.

The Emmy-nominated TV personality said the ingredients sold in Indonesia’s wet markets were stuff that any top-flight kitchen would fight to get their hands on. — Picture courtesy of National Geographic

He’ll be doing more than just showing off his culinary prowess on the show as he experiences diving from a helicopter into shark-infested waters to harvest mussels along the South African coast and plunging into Norway’s freezing waters to forage the bounty of ingredients hidden within the fjords.

The first episode will premiere on National Geographic (Astro channel 571/551 or Unifi TV channel 508) on Monday, June 8 at 10am Malaysia time with a primetime encore at 10pm on the same day.

For more details on Gordon Ramsay: Uncharted, check out the National Geographic website.